skip to main | skip to sidebar

The "What Would Happen?" Question

Hail to the Dinosaurs!

One quick note, and then we'll talk
training.

The March Dinosaur Files is out, and
the little monster is getting great reviews.

Go here to grab your copy:

If you missed the January and
February issues, do not despair -
you can grab them here:

As always - pls shoot me an email
and let me know how you like this
issue - and what you'd like us to
cover in future issues.

2. The "What Would Happen?"
Question

On the training front, here's an interesting
question I received a while back from one
of our longtime Dinos. It's a question I get
fairly often.

This time it came from Chris Califano. He
wrote:

"Here is an interesting question: What would
the result/benefits be if a younger trainee
followed the exact same advice that older
trainees should employ regarding "making
every rep count" and "every exercise and
every set count"?

The mere fact that a younger dedicated lifter
can put more hours into his or her training
should not be a "license to waste energy."

Just that we COULD do it when we were
younger does not mean that we SHOULD
have.

In fact, I am sure that if I had applied the
same methods for Progression with
Recuperation when I was in my teens,
twenties and thirties, I would have
gotten further faster. And with less
if any injuries, nagging or small!

And I would have had more balanced
development, plus better health and
more free time, to boot!

Chris -- Thanks for your email. The question
you pose is a good one. Most trainees follow
the over-the-top high volume workouts when
they are young -- and they end up wasting
what should have been the very best years
of their training careers.

It's a crying shame -- especially when it leads
them to quit training -- or to turn to steroids
and other drugs.

If everyone started training the right way from
Day 1 of their career, we'd see many more
trainees achieve great success -- and we'd
see many more trainees stick to their program
for their entire lives.

In terms of concrete results, let's look at
some real-life examples of young men who
started out training the right way from Day
One:

Steve Stanko gained 80 pounds of muscle in
his first 2 years of training -- and won his first
United States Senior National title later in the
same year.

Tommy Kono entered his first weightlifting
contest in 1948. He improved his 3-lift total
(press, snatch and clean and jerk) by 195
lbs. over the next 2 years. He won his first
Olympic gold medal in 1952.

Obviously, not everyone is going to become
a World or Olympic Champion, or a Mr.
America.

But if more young guys trained the way
that Davis, Grimek, Stanko, Spellman
and Kono trained, they'd make much
greater progress than they're making
on the modern-day super programs
and typical bomb, blast and blitz
workouts.

That's why I continue to bang the drum.
It's an important message -- and so
many guys and gals need to hear it!

As always, thanks for reading and have
a great day. If you train today (as I will),
make it a good one!

P.S. Be sure to grab the March issue of
The Dinosaur Files - it's a good one!

P.S. 2. My other books and courses are
right here at Dino Headquarters - including
links to my PDF courses and my Kindle
books:

"If you don't like the old-fashioned
stuff, try building a house without a
hammer and nails."

We have over 25 books and courses in the Kindle store - including these little monsters: 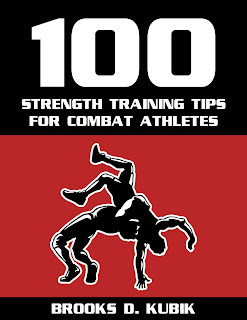 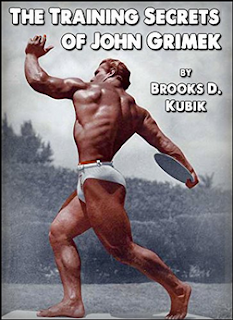 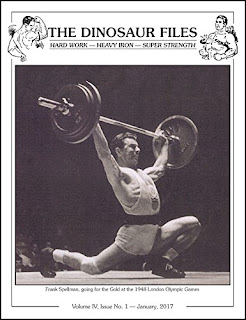 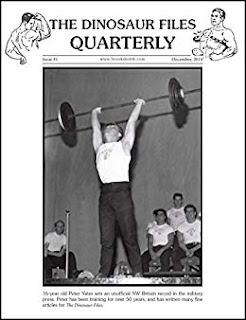 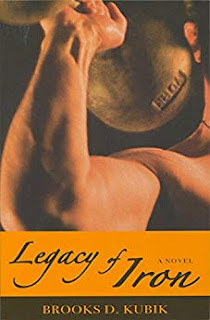 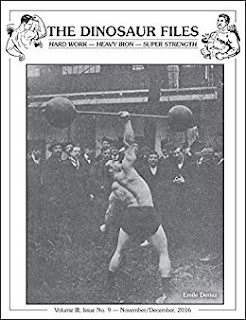 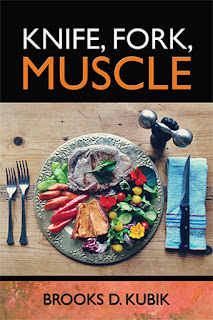 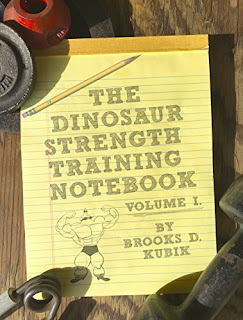 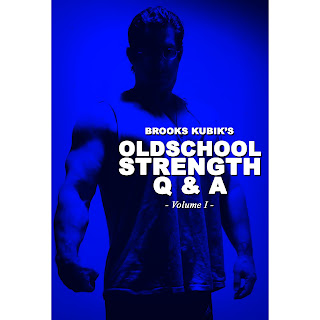 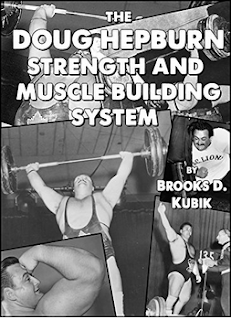 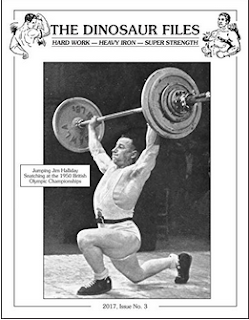 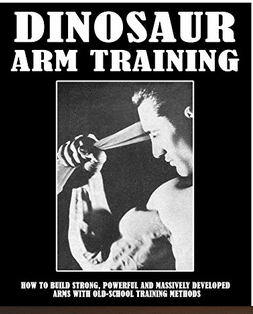 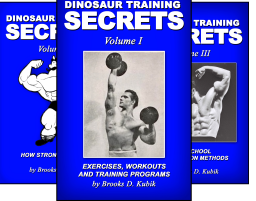 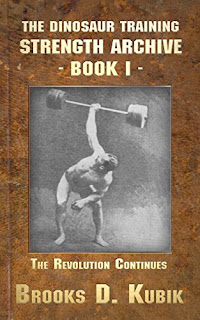 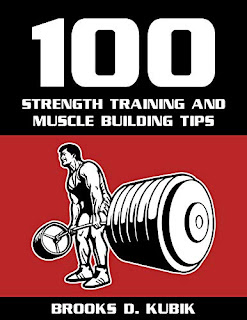 For even more Kindle books by Brooks Kubik, visit: